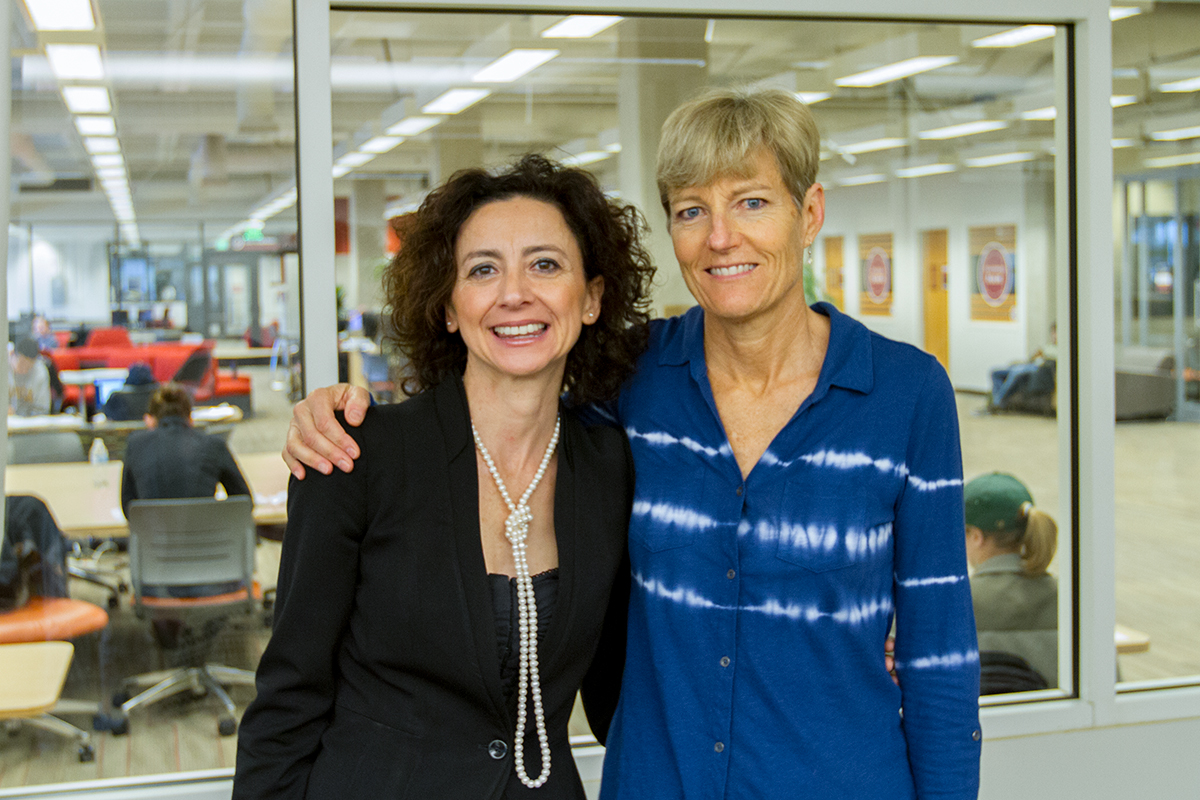 Dr. Elvira Pulitano teaches Ethnic Studies at Cal Poly and received her P.h.D in English from the University of New Mexico where she concentrated in Native American literatures and postcolonial studies.

Transnational Narratives from the Caribbean: Diasporic Literature and the Human Experience contains Pulitano’s research highlighting cultural identities in the context of migration based on four Caribbean-born authors’ writings.

Pulitano’s message highlights the centrality of human stories in contemporary discourses of diaspora and immigration. She hopes that her book might inspire a fruitful conversation between the social science discipline, often focused on numbers and statistics, and the humanities.

“To be human, you need to tell a story,” she said. With her book, she hoped to show the other side to what numbers cannot show, such as what it’s like to leave one’s homeland or be unable to return to it.

Pulitano began her conversation by defining diasporic identities. Even though the concept of diaspora is often associated with the Jewish dispersion, the term has been increasingly claimed by other groups who have experienced forceful uprooting and rupture. In the Caribbean case, she argues, the descendants of Africans, along with the descendants of Indian indentured laborers are rightfully considered members of diasporas.

Specifically, Pulitano focused on the term “double diaspora,” referring to post-WWII migrations out of the Caribbean, to Europe and/or North America, such as the case of the Afro-Caribbean authors under investigation in her study. As articulated by critic Stuart Hall, Pulitano argues, these migrations constitute examples of double diaspora –with individuals belonging to both the original ancestral diaspora out of Africa and the contemporary migration from the Caribbean to the United States, Europe, and Canada.

The significance of the “double diaspora” served as a focal point for her book and discussion because it raises questions of identity: “where did I actually come from?”

In her discussion, she spoke about the difficulties people of African descent encounter when trying to trace their genealogy. She says this is in part because Europeans forcefully displaced Africans as slaves from their homelands, leaving them without a means of knowing where they actually came from.

In her book, Pulitano addresses three main topics including: sense of home, exile and return to/reclaiming of the Caribbean landscape.

Her research and discussion placed a focus on the variety of reasons why people do not return to their “homeland,” including: race, gender, religion and sexual orientation among others.She provided the example of author Michelle Cliff, who felt like returning home to (homophobic) Jamaica was impossible because of her sexual orientation as a lesbian.

This topic served as a segue into the connection to the reality of border and ocean crossing today with the refugee crisis in Europe. To demonstrate this relationship, Pulitano referenced Caryl Phillips, and how his writing on immigration and border crossings in Europe asks what it means not only for the cultural identities of the people, but also the identities of a country as a whole.

Pulitano’s conversation brought students, faculty and staff together to learn more about the unique experiences of these Caribbean authors. Kennedy Library actively works toward hosting Cal Poly authors to discuss their research and findings with the community.

Megan Schellong is a fourth-year journalism major with a concentration in news and editing at Cal Poly, and works as a communications student assistant for Kennedy Library.  As both a student and a library employee, she brings a unique perspective to sharing stories with the library’s friends and neighbors. Originally from Connecticut, Megan enjoys the abundance of sun and Mexican food in California. She is on a mission to find the best place to eat tacos.