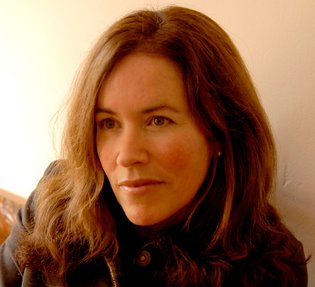 The Portable Veblen, by Elizabeth McKenzie

The main character in this book is one of the most specific and memorable I’ve encountered in a while. Veblen Amundsen-Hovda is an underachiever (despite her high intelligence, college degree, and fluency in Norwegian, she’s doing temporary clerical work at age 30), compulsive accommodator (she strains to remember if anyone has apologized to her, ever), and imaginative animal lover (as a child, she creates and maps an imaginary world, Wobb, that mirrors her real childhood town of Cobb, where animals are gathering to reinstate their rights). Eccentric, solitary, and optimistic, despite her marginal existence, she’s carved out a life of relative contentment for herself, with frequent trips home to appease her narcissistic, hypochondriacal mother and her unglued, institutionalized father.

She meets Paul, a Brooks Brothers clad research scientist at Stanford, raised by hippies, who has his own set of family problems. The unlikely pair fall in love. With the chemistry off the charts, neither can do any wrong in the other’s eyes:

“And you know that thing you do, when telemarketers call and you sort of retch like you’re being strangled and hang up?”
“You like THAT?”
“I love it.” He cleared his throat, looked down at the ground, not so much at the earth but at his footing on it. “I am very much in love with you. Will you marry me?”…
“Oh, Paul. Look, a squirrel’s watching.”
But Paul wouldn’t even turn, as if being watched by a squirrel meant nothing to him…
Her body quickened, like a tree in the wind. Later, she would remember a filament that passed through her, of being glad she had provided him happiness, but not really sure how she felt herself…
The squirrel emitted a screech.
“Is that a yes?” Paul asked.
She managed to say it. Yes…
Behind them the squirrel made a few sharp sounds, as if to say he had significant doubts.

The squirrel turns out to be an important part of the story, and eventually it does matter deeply to Veblen that a squirrel means nothing to Paul, except as a possible subject of the medical trial he’s working on. Along the way, we get a black comedy about the military/pharmaceutical complex, the collision of two very crazy families, and a love story of two misfits. This is a hilarious, touching, and very original book. The characters will stay with me for a long time.