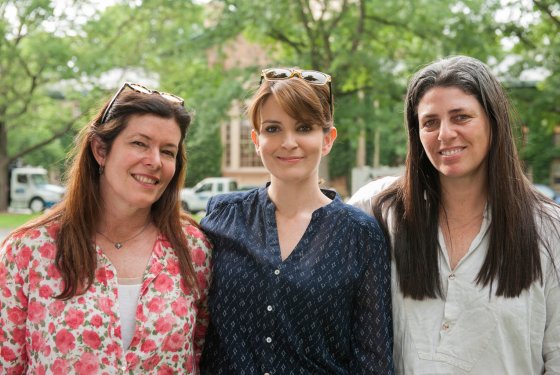 After careening through her latest novel, You Should Have Known, I was excited to learn that Jean Hanff Korelitz had quite a few earlier books. Admission appealed to me immediately because of its setting — academia — and the fact that there had been an enjoyable romcom made of it, starring Tina Fey and Paul Rudd. I’d seen the movie far enough back to make breaking my usual book-before-movie rule feasible. The book didn’t disappoint. The book and movie are drastically different in tone and story, but I enjoyed both.

The main character, Portia Nathan, is an admissions officer who’s dead serious and scrupulously ethical about her job. Portia begins as an Ivy Leaguer herself, and goes directly into admissions work when she graduates.

While I often have trouble staying interested in novels focusing entirely on ultra-privileged characters, this fictionalized look at how an Ivy League university selects the tiny fraction of students they admit had me fascinated from the first page. Of course, not everyone admitted to the Ivies nowadays comes from privilege, which is partially what this book is about. Korelitz uses excerpts from applicants’ essays to introduce each chapter, and they range from a list of obstacles overcome, to a statement of entitlement from a student with multiple generations of Princeton men populating the family tree. Here’s one of them: I would appreciate the opportunity to clarify a situation that occurred in the spring of 9th grade, when I was suspended for one week for alcohol offenses. This incident occurred at a time when my family was undergoing a difficult period, and, to put it bluntly, I had made some poor choices in the friends I was spending time with. One of these friends had an alcohol abuse problem, but I take responsibility for participating in his abuse. I have regretted this incident many times since it happened, but it also helped to make me the person I am today. I certainly hope that this single youthful mistake will not adversely affect my application.

Portia’s tightly controlled world comes apart when her decades-long relationship hits a crisis, which forces her to face some parts of her past that she’s kept walled up for years. Her impartiality and even her sanity are up for grabs. Along the way, the reader gets a detailed look behind the scenes of the admissions process, right down to the marathon meetings where each officer makes the case for the applicants from his/her territory, and the fate of each one is decided by committee vote. Korelitz was a part-time reader for a couple of years for Princeton’s Office of Admissions, so she knows what she’s talking about.