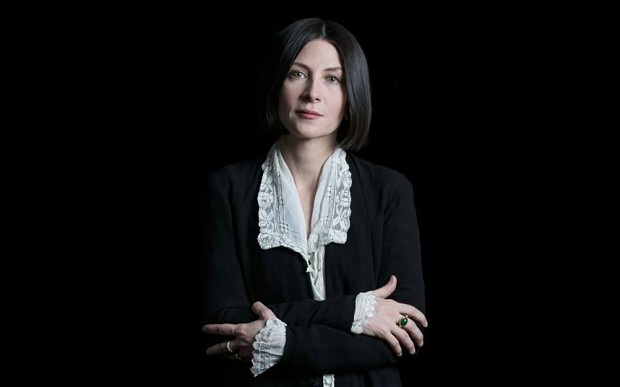 The Goldfinch, by Donna Tartt

It took eight months of waiting, but finally the library copy of The Goldfinch stayed on the shelf long enough for me to get my mitts on it. As it was, I had to jerk it out of my sister’s grip, claiming big sister/ex-library employee privilege.

I loved this book. Since it’s almost 800 pages long, you have to love it to get through it. A quick scan of the reviews of it on goodreads.com shows that it seems to be a love-it-or-hate-it proposition for most readers. I think literary acclaim backlash is a big part of this — this book was mostly glowingly reviewed and won the 2014 Pulitzer for fiction, and I think there are some readers who take that as an invitation to get snarky. So if you’re not hooked in the first 50 pages (actually, I’d say the first 10 or so, in this case), I’d say you’re probably not going to get sucked in by the next 700 or so.

Dickensian is an adjective that comes up a lot in reviews of this book, both because of the long, eventful sweep of it, and the subject matter (orphaned child making his way in the world). Though the setting and the character’s problems are modern, it is, in many ways, an old-fashioned story, and a dark one. Centering on the ownership of a painting, the story is built around not one, but two motherless boys: Theo, the main character, and his Russian friend Boris, who comes from an even sadder childhood, if that’s possible.

Here, Theo is living in Las Vegas with his hapless gambler father and his coke-addled girlfriend Zandra. Theo meets Boris, a fellow outcast, on the school bus:

“How long have you been here?” I asked him. It was the question all the kids asked each other at my new school, like we were doing jail time.

“Dunno. Two months maybe?” Though he spoke English fluently enough, with a strong Australian accent, there was also a dark, slurry undercurrent of something else: a whiff of Count Dracula, or maybe it was KGB agent. “Where are you from?”

“New York,” I said — and was gratified at his silent double-take, his lowered eyebrows that said: very cool. “What about you?”

He pulled a face. “Well, let’s see,” he said, slumping back in his seat and counting off the countries on his fingers. “I’ve lived in Russia, Scotland which was maybe cool but I don’t remember it, Australia, Poland, New Zealand, Texas for two months, Alaska, New Guinea, Canada, Saudi Arabia, Sweden, Ukraine –”

“Jesus Christ… Do you speak Russian?”

He made a gesture that I took to mean more or less. “Ukrainian too, and Polish. Though I’ve forgotten a lot. The other day, I tried to remember what was the word for ‘dragonfly’ and couldn’t.

He obliged, something spitty and gutteral.

“What does that mean?”

For me, the character of Boris was enough to hang a whole book on, and that’s not getting into Theo and his struggles, the wealthy Decker family who take him in temporarily, or Hobie, the antique expert who trains him as an apprentice and comes closer to being a father to him than any surviving blood relation. This book will stay with me a long time, and I could see revisiting it in the future.