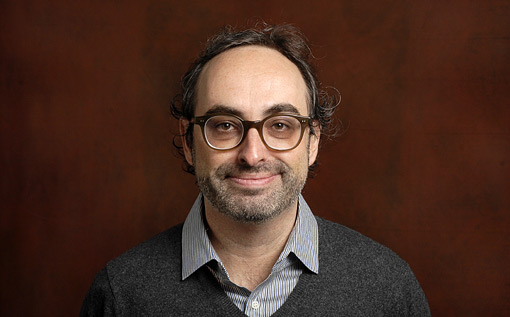 When I learned that the title of novelist Gary Shteyngart’s new memoir was Little Failure, I thought he was doing his usual self-deprecating shtick. When I read that, translated into RussGlish — Failurchka — it was his mother’s pet name for him, I realized that there was going to be more than just comedy in this story.

Shteyngart is the author of three acclaimed novels: The Russian Debutante’s Handbook, Absurdistan, and Super Sad True Love Story. The latter is set in the near future (“oh, let’s say next Tuesday” says the Amazon blurb), and the main character, with his Russian Jewish background and his bald spot shaped like the state of Ohio, bears more than a passing resemblance to Shteyngart himself. For me, that character alternated between being irritating and sympathetic, and sometimes got in the way of my enjoying the story (if “enjoy” is the right word for a dystopian tale where personal technology, among other things, has run roughshod over humanity).

But in Little Failure, we get the real Gary (who began life as Igor — luckily his parents had the forethought to change his name when they immigrated), and the forces — political, parental, and personal — that made him who he is. As author Nathan Englander says on the jacket flap “If you, like me, have often wondered ‘How did Gary Shteyngart get like that?,’ Little Failure is the heartfelt, moving, and truly engaging memoir that explains it all.”

I think his story would be compelling even if you haven’t read his novels. Anyone who has ever felt like a nerd or a misfit will find something here to identify with. From his first novel, Lenin and His Magical Goose, written at age five, on commission from his grandmother (the rate of pay: one piece of rubbery Russian cheese per page), through his enhanced status with his fellow students when he’s asked by a teacher to read aloud from his science fiction, to his return to Moscow with his parents, where he puts together a few more pieces of his parental puzzle, this is an unforgettable story.

P.S. An alert reader let me know that I had mistakenly said that Jeffrey Eugenides is in the Little Failure book trailer; he isn’t. He is, however, in the trailer for Super Sad True Love Story: