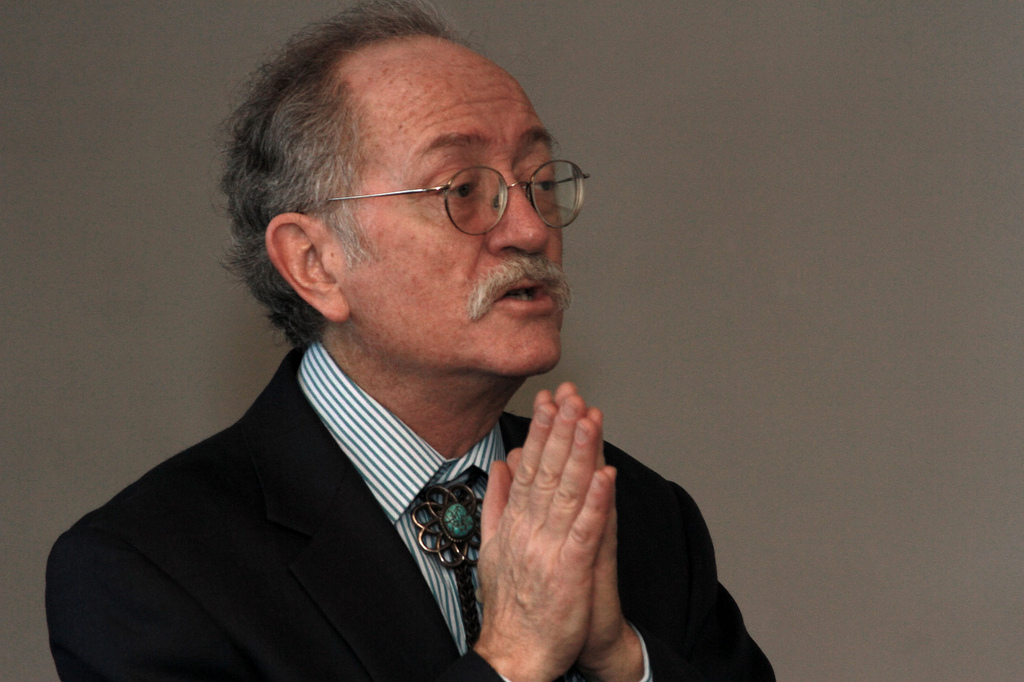 Written by Victoria Billings on January 29, 2013

California music is an audible photograph

How do you understand history? Do you look at photos, read books? Watch the History Channel? For Craig Russell, Cal Poly music professor, a community’s songs are enduring records of their era, providing in-depth and textured insight into their ways of life.

Russell’s fascination with music history is what led him to write “From Serra to Sancho: Music and Pageantry in the California Missions,” he explained Friday at Kennedy Library’s Conversations with Cal Poly Authors event. The book is the culmination of treasure hunting through music, journals and other historical records to understand the unique development and significance of music in a California where Spanish customs and native traditions clashed and blended.

“California music is an audible photograph representing all elements of our history,” Russell said.

That history is one of both positive and negative elements, Russell and Cal Poly professor emeritus Dan Krieger, who spoke with Russell, told attendees.

Many missions attempted to oppress native cultures in California. However, Russell said, many missionaries not only treated native groups with tolerance, but tried to learn from them. This openness created musical traditions entirely unique to California, he said.

The full history of California’s Mission music is available in Russell’s book, “From Serra to Sancho” at Kennedy Library. Russell also made much of the historical music available online.

You can read a preview of the event in the Mustang Daily and see photos from the conversation on our Flickr. Learn more about the Conversations with Cal Poly Authors series at Kennedy Library.

One comment on “California music is an audible photograph”